Designing an efficient all-terrain robot has been a challenge for roboticists. Such a robot would be specifically beneficial for exploratory or search-and-rescue missions. One of the main problems in designing such robots with onboard power and control is energy management. Thus, a universal attachment mechanism that could provide a good grip to a wide range of complex environments would be a key component of efficient all-terrain robots. In order to address this issue, we investigate how particular animal species are successful in locomoting long distances over a variety of surfaces effectively. We would like to extract the key physical principles of solid-solid, solid-granular, and solid-fluid interactions animals such as lizards and octopuses make with their environments and implement these principles in an adaptive and universal attachment mechanism for robotic locomotion. 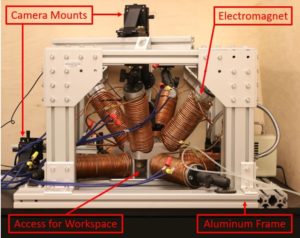 Robotic technologies have significantly enhanced medical procedures in the past few years. Robotic surgery and rehabilitation are now widely being used in medical centers. Micro-robotic systems, in particular, have great potential to revolutionize medical diagnostics and treatment. An un-tethered micro-robot could be used for early diagnostics, microsurgery, targeted drug-delivery, and several other medical operations. We would like to design, fabricate, and experimentally test un-tethered magnetic micro-robots that can maneuver inside the human body effectively and perform such medical tasks. 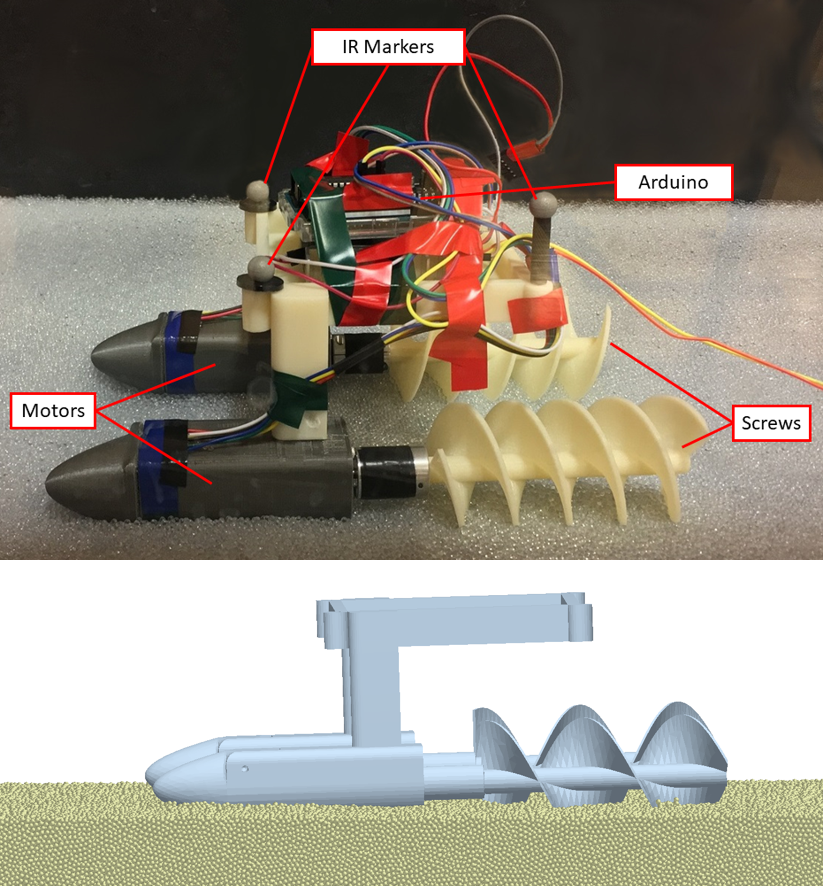 Asteroid mobility has been a continuous challenge in the space sector.  The micro gravity of an asteroid presents serious problems for common forms of mobility such as wheeled vehicles.  Compounding this issue is the prevalence of deep granular regolith rather than solid ground on many large asteroids such as Phobos and Itokawa, which prevent approaches such as magnetic or grip anchoring.
Screw-propelled locomotion has been widely used for terrestrial applications such as transportation over mud, snow, and amphibious environments. These types of vehicles were considered during the design of the first lunar rover, given their success in aqueous and arctic media. However, there have not been any studies about the potential effectiveness of screw-powered vehicles on a small body environment such as an asteroid. We would like to design, fabricate, and experimentally test a screw powered vehicle that can continuously navigate a granular, microgravity environment. 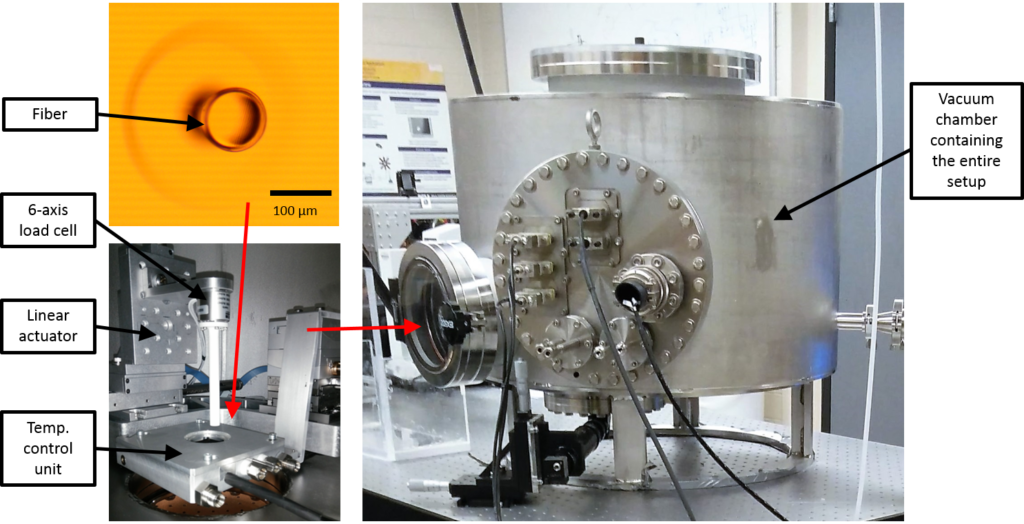 Inspired by the distributed sensing and actuation of octopuses, we would like to design, fabricate, and control robust and autonomous soft arms with force-sensitive hydrogel “muscles” and embedded silver “neuron” network. The distributed control achieved via local sensing, processing, and actuation enables high-level tasks such as grasping, twisting, and propulsion without central control.

1. Sidewinding Locomotion of Snakes and Snake-robots on Sandy Hills Using an air-fluidized bed, a ground control system for controlling sand volume fraction and inclination angle, we systematically studied sidewinding locomotion of snakes on sand. We recorded sidewinder rattlesnakes climbing different sandy inclines and calculated 3-dimensional position of tracked markers in time. We found snakes generate two independently controlled orthogonal waves and adjusting the aspect ratio of these two waves is the key to their successful climbing on sandy hills. We then applied this control template to a snake-robot developed at Carnegie Mellon University (CMU) and now the robot can successfully climb nearly the highest possible angles on loose sand. Finally, we studied the transient physics of granular media at different inclinations to understand the reasoning behind such template used by the animal. We found the stiffness of granular media is decreased by increasing the inclination angle and snakes increase their contact length with sand to compensate for that and stay below the yield regime.

2. The Role of Functional Surfaces in the Locomotion of Snakes We developed numerical models and experimental techniques to study two modes of snake locomotion: concertina and rectilinear gaits. The focus of this study was on understanding the mechanisms snakes use for adjusting their frictional properties and reducing their cost of transport. We found snakes utilize a combination of friction-enhancing techniques. Particularly, they use both passive mechanisms such as scale geometry and texture and active techniques like adjusting their ventral scales’ angles of attack as well as body lifting and side pushing  to adjust their frictional properties. We then developed two snake-like robots that could actively control their scales.

IEEE Spectrum, Discovery News, Science Daily, Inside Science, New Scientist, and Smart Planet, and many others.

3. Bio-inspired Fibrillar Structures for Control of Frictional and Adhesive Properties Adaptive attachment mechanisms can significantly improve the efficiency and effectiveness of all-terrain robots. In this study, we developed a mechanism than can control both friction anisotropy and friction magnitude in any planar direction. We also designed and fabricated a robotic platform to test the effect of custom-made fibrillar structures on speed, steering, and climbing performance of vibration-driven robots. We are now using 2-photon lithography techniques to fabricate micro-scale fibers with spatular tips and experimentally investigate optimal adhesive structures.